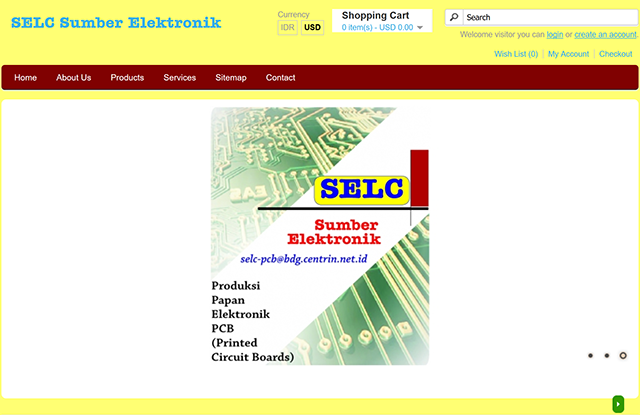 We were officially approve as PT. Dirgantara Indonesia’s (PT. DI’s) Extended Shop, in the aircraft industry, We manufacture the Printed Circuit Board for light panel of the CN-235 and NC-212 with conditions – Inspection and Final Testing will be done by PT DI. 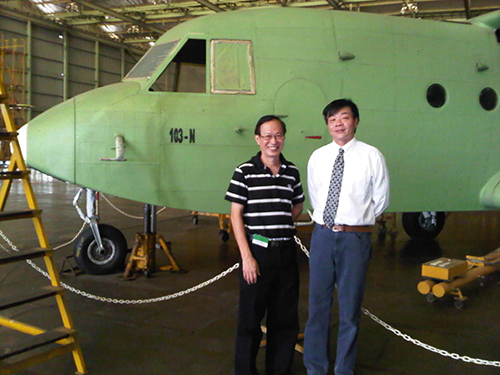 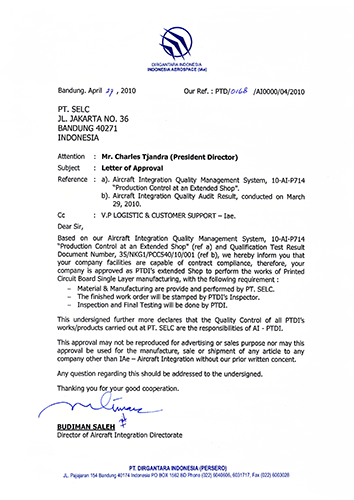 We provided more services in making PCB for prototyping as well as pilot production run.  Our PCB production line can produce a standard PCB as well as high density, and we help many companies to launch their products immediately to market. 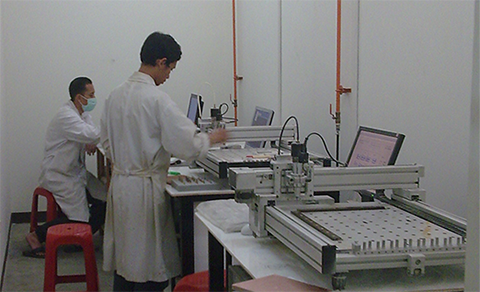 In 1989, October 5, Sumber Elektronik was evolving. It was taken over by second generation, Mr. Charles Tjandra. During this period, we were a distributor for Mitel Semiconductor, Harris Semiconductor and Burr-Brown. Now, we are appointed as Omron–Electronics Component Business (ECB) distributor for Indonesia with new indentity is as SELC Sumber. 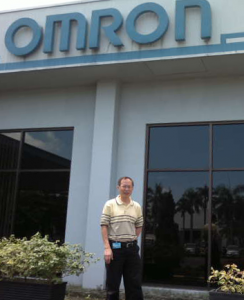 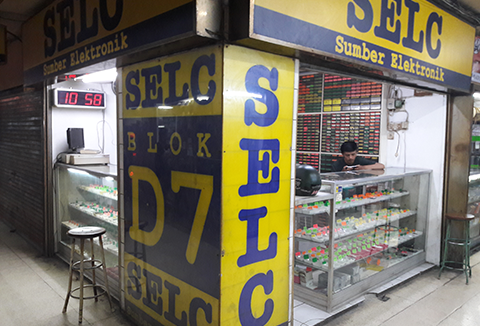 SELC Sumber Elektronik was established in Bandung, Indonesia in 1975 with the aim to provide good quality of electronic components to local customers. We started with opening a shop at “Pasar Cikapundung” – Bandung, a well known places for local buyers to source the electronic components at that time – Mr. Phon Kok Kiong is the founder of Sumber Elektronik and become the first generation to manage this business.